In Mellon Skills Accelerator, we know and work together with admirable women who give their own, personal fight against unemployment and financial insecurity with courage, resilience, patience and persistence.

They came to us despite the challenges they face every day, to develop and strengthen their professional skills and claim their lives back.

They came to learn... and to teach us! The Double U initiative focuses on women. Double U is For women and By women. Here, the exemplars are these women! Here, women get the front row seats! 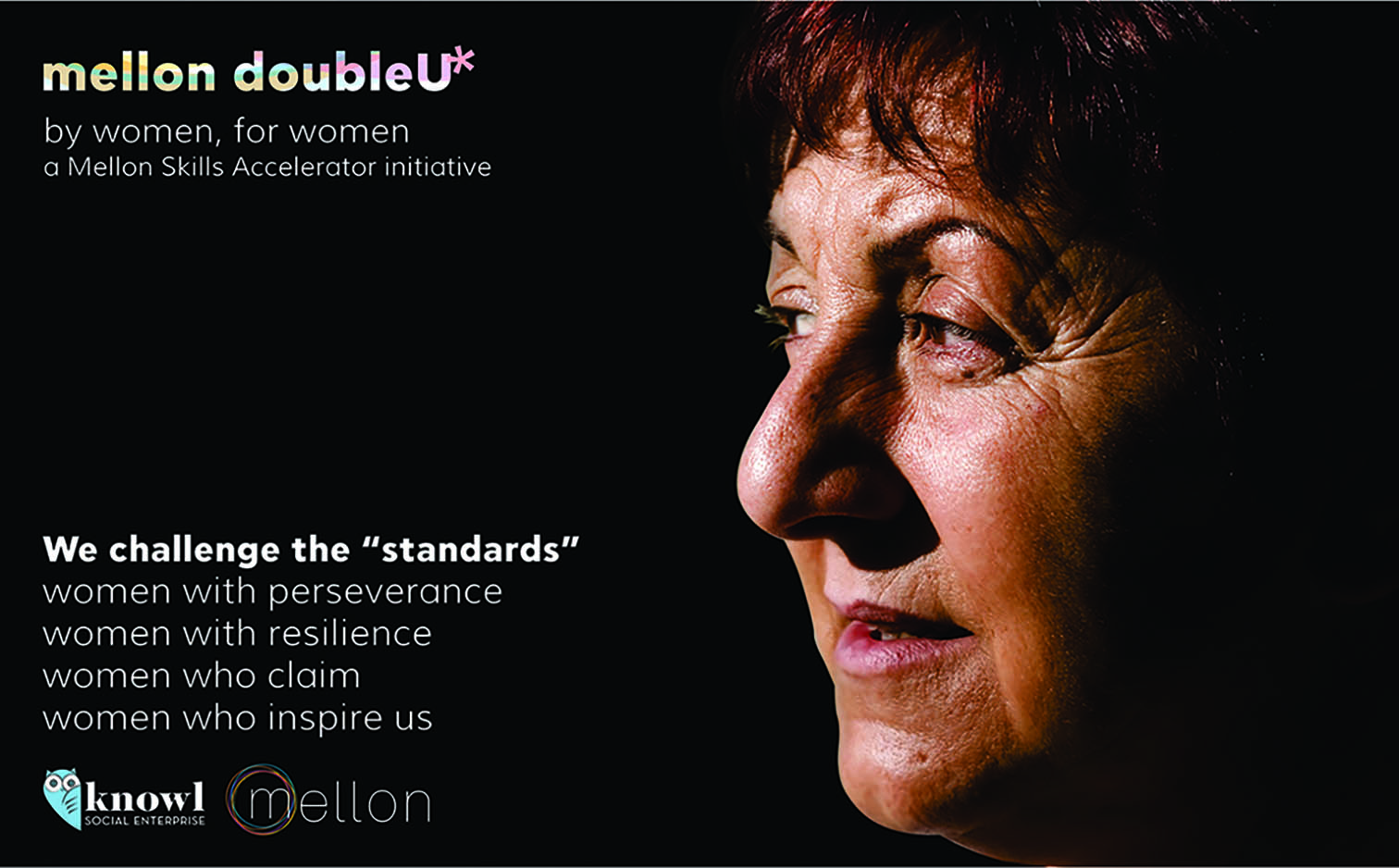 Olga Stavropoulou, Chief Visionary Officer & Member of the Board of Directors of Social Cooperative Enterprise knowl, oversees the concept and the overview of the Double U action.

Few words about Olga: A combatant (social) entrepreneur who, over the past 15+ years, has devoted big part of her professional engagement, mostly voluntarily, to designing projects and actions that strengthen, encourage and promote more women's participation in the labor market and in particular in high administrative positions as well as in the field of entrepreneurship.

One of the main goals of her vigorous action is to fight stereotypes that limit women from positions of responsibility, and in particular their empowerment to claim and achieve their goals. And this is achieved because Olga is interested in this, interested in women, people in general and has the knowledge and skills to realistically and essentially, help in this direction.

Olga, Founder & Managing Partner of Militos SA, Founding Member of the Social Cooperative Enetrprise knowl, National editor of the Eurobarometer (European Commission) and part of the creators and members of the Mellon Ambassadors' Network, has been recognized as a mentor / coach mainly in the eyes and hearts of hundreds of women who have turned to her for empowerment.

In 2011, she became Coordinator of the Greek section of the European Network of Mentors for Women Entrepreneurs (European Commission). In 2012-2016 she served as Vice-President of the Hellenic Association of Young Entrepreneurs of Athens, Piraeus & Surroundings, as well as General Secretary of Women's Managerial and Entrepreneurial Development AED (2012-2017).
Since 2012 she is a member of the Committee of Institutional Interventions of the Federation of Greek Associations of Young Entrepreneurs and in the period 2013-2014 she held the chair for the Business Alliance of the European Center for Women and Technology. In 2014, she was selected as Ambassador for World Women's Entrepreneurship Day for Greece, an initiative of WED NY, in cooperation with the US Interior Ministry.

"Double U is Dimitra, Despina, Maria, Evangelia, Eni, Betty, Athena ..., it is this magical, special moment, that we share with each other our world view with deep understanding and a bold "you can" attitude. Double U is each of us, along with us. It is us”.

*We start with three workshops for self-compassion (June 2017).  The theme of the workshop is Self Compassion. Ms. Elisabeth Calbari will address unemployed women aged 25-55 years, to familiarize them with the concept of self-compassion and present them with techniques to improve their emotional state and enhance their mental resilience.